A lady I pick up now and again bears a remarkable resemblance to the TV personality Hyacinth Bucket both in character as well as looks. The first few occasions she went to great pains to tell that me “oh of course I am not from round this dump” and that the “yokels are a lot of dirty rabble not fit to walk Barrows filthy streets”.
This went on for a month or two until one day she come out of her house with her husband close behind her. Poor devil I thought pity him he must have a dogs life. He got in the front and his wife in the back and I waited for the usual haughty remarks,” have you got everything” she said to him. I looked at him expecting to see a poor downtrodden sort of guy who daren't answer back. He looked back at me winked and smiled then said to her “as always darling”.
When she answered I was shocked by the change in her voice and tone she sounded ten years younger and spoke to him with a permanent smile on her face. So she was human after all, I looked at her in a different light after that. 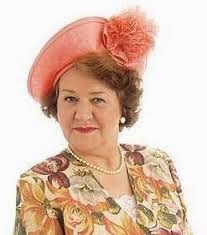 I had picked up two guys this morning from what must one of the roughest blocks of flats here in Barrow. Both seemed to be heavily under the influence of some sort of drug and they proceeded to rap lyrics to some sort of extreme racist song.
I asked them politely to pack it in and tried to make a joke out of the situation before they got too far out of hand. So they kindly then moved on to religion and sang hymns whose words had been altered to mock various religious figures.
This was all getting a bit too much for what should have a quiet Sunday morning and not a riotous Saturday night.
Thankfully after a couple of crazy miles one of the guys, the noisiest was to be dropped off first. Before he got out of the cab he leaned into the front and whispered to me in a weird sing song voice “never trust a man who standing in front of you turns round bends over pulls his pants down and sticks his finger up his bum then licks that finger” Shaking my head I gratefully waited for him to get the hell out of my taxi.
Well he did, but he then stood in front of the taxi and did exactly what he had just so graphically described.


This all took place in front of an unwilling audience coming and going from the busy nearby newsagents!
Posted by bob mullen at 8:10 pm 2 comments:

Our local ancient ruin Furness Abbey here in Barrow in Furness is always good for a wind up with the odd tourist, when I drive past it with them I always say that they are waiting for the builders to pebbledash it and install plastic windows. 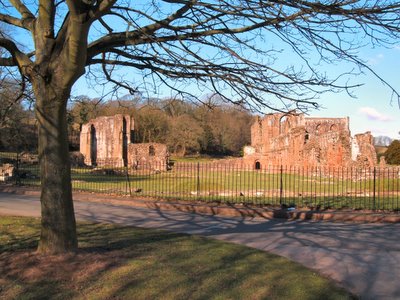 At least six or seven people that I picked up today, when asked" where to" gave me the address that they had just come out of.
I usually say okay and then ask for the fare, they tend to look at me blankly for a moment or two and then realise what they have said.
One of these fine days someone will pay me and then get straight out again.
Not that I would complain people could do that all day long for my liking!
Posted by bob mullen at 7:52 pm No comments:

I was a bit distracted and didn't really take a lot of notice when the lady got into the back of the taxi and asked to go to town, on the way she asked me to pull up outside a post office while she did an errand.
I was just sat there daydreaming, when out of the corner of my eye I spotted something small and furry making it's way from in between the seats towards me. I was out of the car quicker than a Danish cartoonist leaving a mosque.
I crazily thought maybe a rat must have gotten in somehow. Just at that moment the lady walked back up to the car and seeing my expression guessed what had happened,sorry she said I should have told you, I had my Yorkshire terrier in my pocket and thought it would be okay to leave her in the car.
Posted by bob mullen at 8:28 pm 1 comment:

Instead of getting involved in the mayhem of New Years Eve I opted for an early start on New Years Day. This gives good opportunity for payback for all the Peter Kay taxi driver sketches that groups of giggling drunks always try to recreate in the back of the cab. It really does get a bit boring by the time you get to the hundredth time of "busy tonight mate” and "what time you on till” that bloody Peter Kay has a lot to answer for.
But the tables are turned early next morning when the fares are a bit worse for wear after a full nights partying. Nothing too harsh you understand, just a bit of gentle mickey taking. Such as looking back at the hung-over wreck in the back and saying” we'd better get you back to the crypt before the sun comes up eh!" Or to the fella wearing the brightly coloured frilly shirt, "we'd better get you home before your mother misses her blouse.
Or the useful advice given to the young lass who looked as if she had been dragged through a hedge backwards “I'd stay away from mirrors for a few days if I was you." One confused staggerer who was having trouble remembering where he lived and muttered "over the hill and round the bend" to which I replied "yes I know you are but where do you live,”
But even I had to refrain from any cruel humour with my first fare of the day. This was from the crowded casualty department of Furness General hospital where he had been all night. It seems that he had a disagreement with a lass who promptly settled the matter by taking her shoe off and embedding the stiletto heel in his head several times, ouch.