I was over in Dublin for a few days rest and recuperation (lots of Guinness) last week and spotted this! 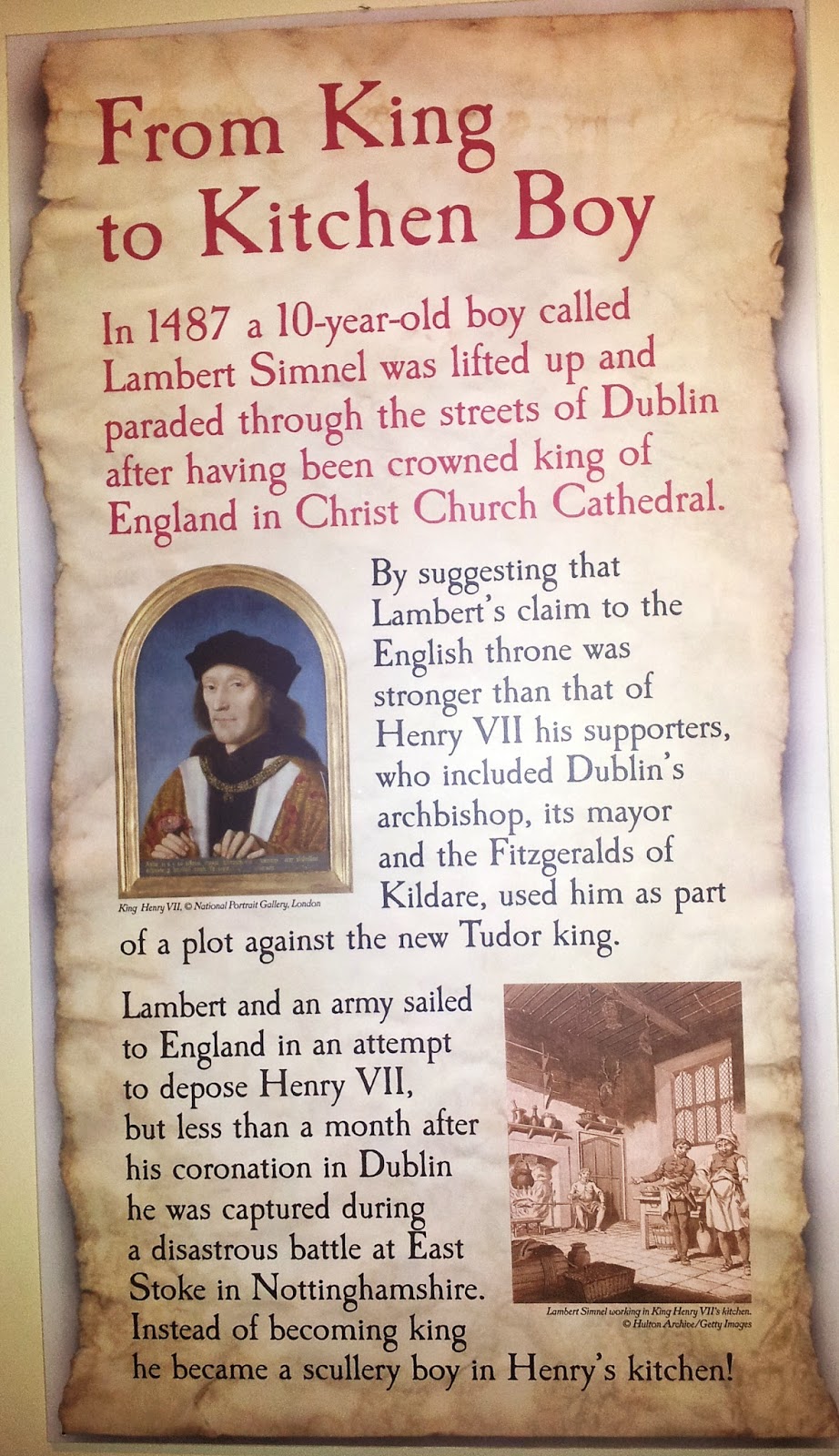 This was seen on display whilst visiting the Dubliner museum next to Dublin cathedral.
This is the fascinating  story of Lambert Simnel who was crowned king over there in Dublin and then sailed over to invade England landing at Piel Island, which I can actually see out of my window at this very minute. History is great eh!

Thus the tradition of having a King of Piel was born 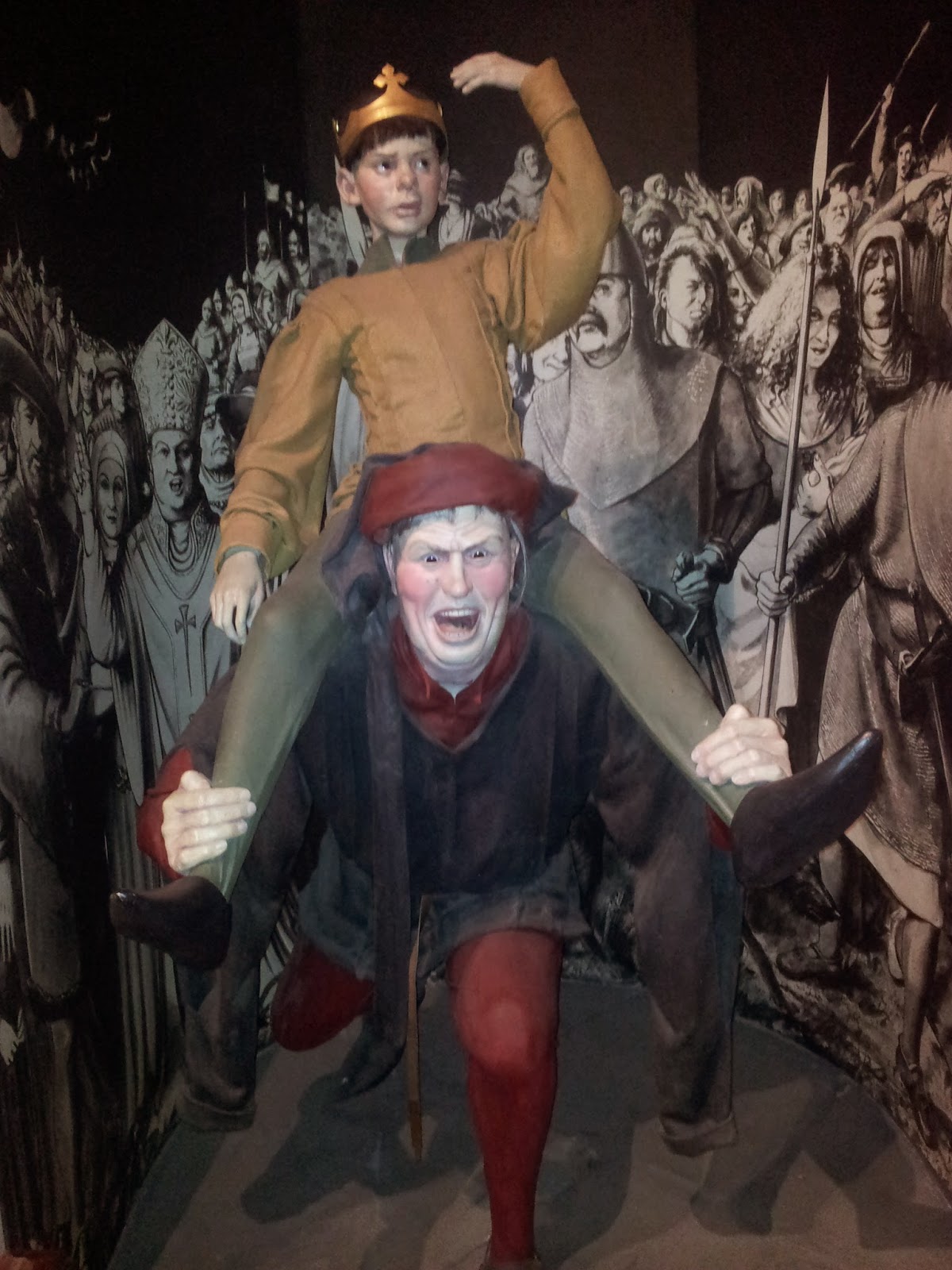 Strangely enough our taxi driver friend over in Dublin  had posted photos of the very same  subjects that I had photographed on his excellent  blog. They include some of the same sand sculptures in the courtyard of Dublin Castle and good old Molly Malone.
He must have been one of the many thousands of taxi drivers who passed me by on the busy streets of Dublin.

I seemed to be picking up lots of people from all four corners of the globe this week, including Poles, Slavic, Chinese and a real nice Australian couple from Perth.
One among them was talking excitedly in a strange language that I could just not figure out whereabouts was from. After many times of asking him to repeat what he was saying slowly things just kept getting worse, he was talking even faster and much louder.
This went on for quite a while until I realised that he wasn't speaking in a foreign tongue at all.  Unfortunately, I had shut the electric windows accidentally trapping his hand.
He was simply swearing with what turned out to be a very strong Glaswegian accent
Posted by bob mullen at 12:12 pm 6 comments: