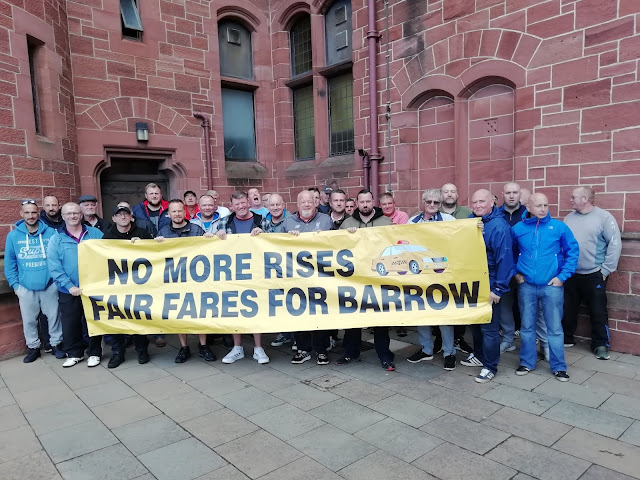 Many of Barrows taxi drivers gathered on Thursday morning at the Town Hall in protest at another proposed hike in taxi fares.
Drivers are disappointed and upset with the licensing department at Barrow Town Hall constantly going against the wishes of the trade, even after agreements have been reached at so-called trade liaison meetings. The taxi trade recently reached an agreement with local taxi operators to increase fares to a more reasonable level. The trade then asked the Town Hall to postpone any further increases to the rank rate until at least a year had passed. This has been ignored by the licensing department and a further hike in fares has been proposed. Our aim has been over the last few months is to create a level playing field, so that the public can be assured that if they phone hail or hire a taxi from a rank they will be paying about the same rate.
If the council implement this unwanted rise then this becomes impossible.