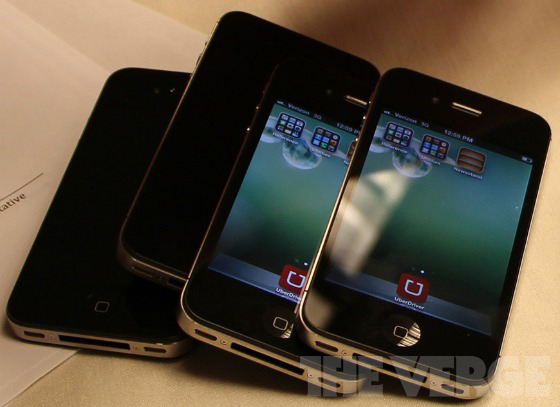 I'm sceptical. It is currently only worth doing in larger towns and cities, where you can just flag down a car anyway.

When I go to another town and I need a taxi I just ask for a popular number from a shopkeeper or someone.

This has got to be a good thing for taxi drivers and people who need taxis alike!

I love smartphones, though nothing quite beats the brain. Use it to learn rather than to rely on, perhaps.

Off topic question but about taxi etiquette, so why not ask taxi drivers on the internet what they think :)

Grabbed a taxi, asked him to pick friends up elsewhere, he went the wrong way not realising where I was talking about but I didn't speak up at first, thinking he knew what he was doing and not wanting to question his expertise... until it got far enough for an "erm, it's the other way" to be in order (not miles obviously). We got there in the end after I also had to phone said friends to find out which sheltered bit they were huddling in.

English wasn't his first language, so I think there's a shared responsibility on both sides but he was kind enough to pause the meter while setting on the right path.

Now, I felt sorry for giving the guy the runaround all over the place and shared responsibility for the confusion so tipping was on the mind.

Suppose that was partly a story, as the main question can be asked in one sentence: In the situation when a taxi driver asks a lower amount than on the meter (happens all the time), is it considered silly to tip and basically give back the discount he just gave? I ask as I gave him 6 and he looked at me like I'd just grown a third head hehe. Just really curious, as I've wondered that before and previously just accepted the discount (the latter was Keswick. They charge like wounded buffalo there so it wasn't as much of a question)

I agree with Devon, I would only take a taxi if I was in a big city, like a taxi in richmond or somewhere bigger like that. Fortunately I live in a smaller city and usually drive my own vehicle. When I do take a taxi, I usually tip the driver because I know how nice it is to get a tip. It makes your day. How much would you say is the best amount to tip the taxi driver? Thanks for your post!

Personally, I don't get formalized tipping. I only expect what the meter says (or what I ask for if a reduced fare)

In Dublin the HailO has ben great, from both a drivers and passengers point of view. The driver dosen't have to pay €120 per week to rent out a radio he just pays 10% of the HailO work which comes his way.A credit card picked up on the stret attracts 3%. Also the job will usually be right close to where he is at that time saving fuel.
Now for the passenger, they get the nearest car. They roof sign number and a picture of the driver. Then they can see the taxis progress as they come towards them. Girls love that the driver is on a trace back system, which means the driver is legal,insured and should a dispute arise they can take it up with HailO.

In London those minicab drivers are total cowboys, most cities in the world have their share of crooked cabbies. HailO is a step in the right direction. Uber is a limo service, so you can't use the bus lanes.
So your taxi would be much quicker

The latest web design techniques might make apps obsolete. When you can make a website that molds to the device it is being used on, doesn't that give the designer as much power as an app? It just seems that apps do the same thing as a well designed website.

Are you ready to start build residual income?